FreightCenter provides dependable and affordable solutions for shipping freight using intermodal freight, LTL freight, truckload freight, and rail freight. Shipping freight from Los Angeles to Washington D.C. is now made easier than ever because of FreightCenter’s competitive freight rates. We have constructed a simple, easy-to-use booking and quoting system that empowers you to have instant freight rates from every top shipping company. In a matter of minutes, you can begin booking your freight shipments. 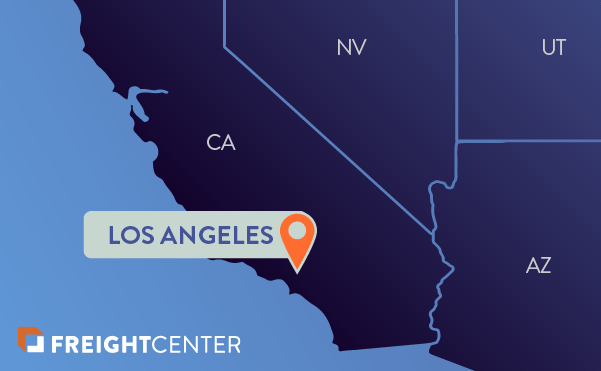 Second in population after New York City is Los Angeles, and it's the most populated city in all of California. And when you're that big, you tend to have a lot of industry and supply chain distribution throughout the state and into the U.S. and Mexico.

Los Angeles freight shipping – in trend with other major metros – is performed mainly via truck and rail, but the ports contribute to the volume of freight moving in and out of California. Nearly 75% of all freight movements are made by truck to and from the ocean ports. The Port of Los Angeles, or LA, sees high volumes of imports and exports and has major trading partners like China, South Korea, Vietnam, Japan, and Taiwan. Consumer goods like furniture, clothing, apparel and electronics are the items mainly imported to the U.S. through Los Angeles.

Freight shipping to Washington, D.C., is easy with FreightCenter. Formally known as the District of Columbia, Washington D.C. is the capital of the United States and home to millions of businesses and people. As a central hub between Virginia and Maryland. It is also the home of the White House, the Capitol building, and the Supreme Court. D.C. is also surrounded by two major waterways, the Potomac River and the Chesapeake Bay. For your next freight shipment to or from the area, book with FreightCenter to ensure the safest and most cost-effective transportation. 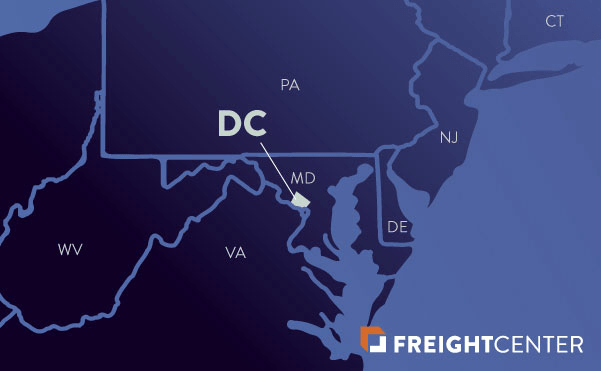